OVERLAPS IN CONVERSATIONS BY SPEAKERS OF BAHASA INDONESIAN

According to Hedlner and Edlund (2010) there are three possible ways of organizing a speaker change in speaking. One of the ways is overlapping. Overlapping means two persons speaking at the same time. This essay aims to look at the overlaps used in conversation by speakers of Bahasa Indonesian. There were 20 Indonesian speakers participated in the study. The authors grouped them into 10 groups which 2 persons each group, and they were asked to have a conversation with a free topic. The conversations were recorded using a phone, and it was analysed in three stages. The first stage was listening to the recording in order to get the idea of the conversation. The second stage was relistening to three minutes of each recording while transcribing the overlaps. In this part, the conversational Analysis approach was applied in order to detect the occurrence of overlaps. Finally, the last stage was checking the data to make sure the data is valid. The result of the study shows that the purposes of overlaps produced by Indonesian speakers are confirming, floor taking, continuing, and objecting. 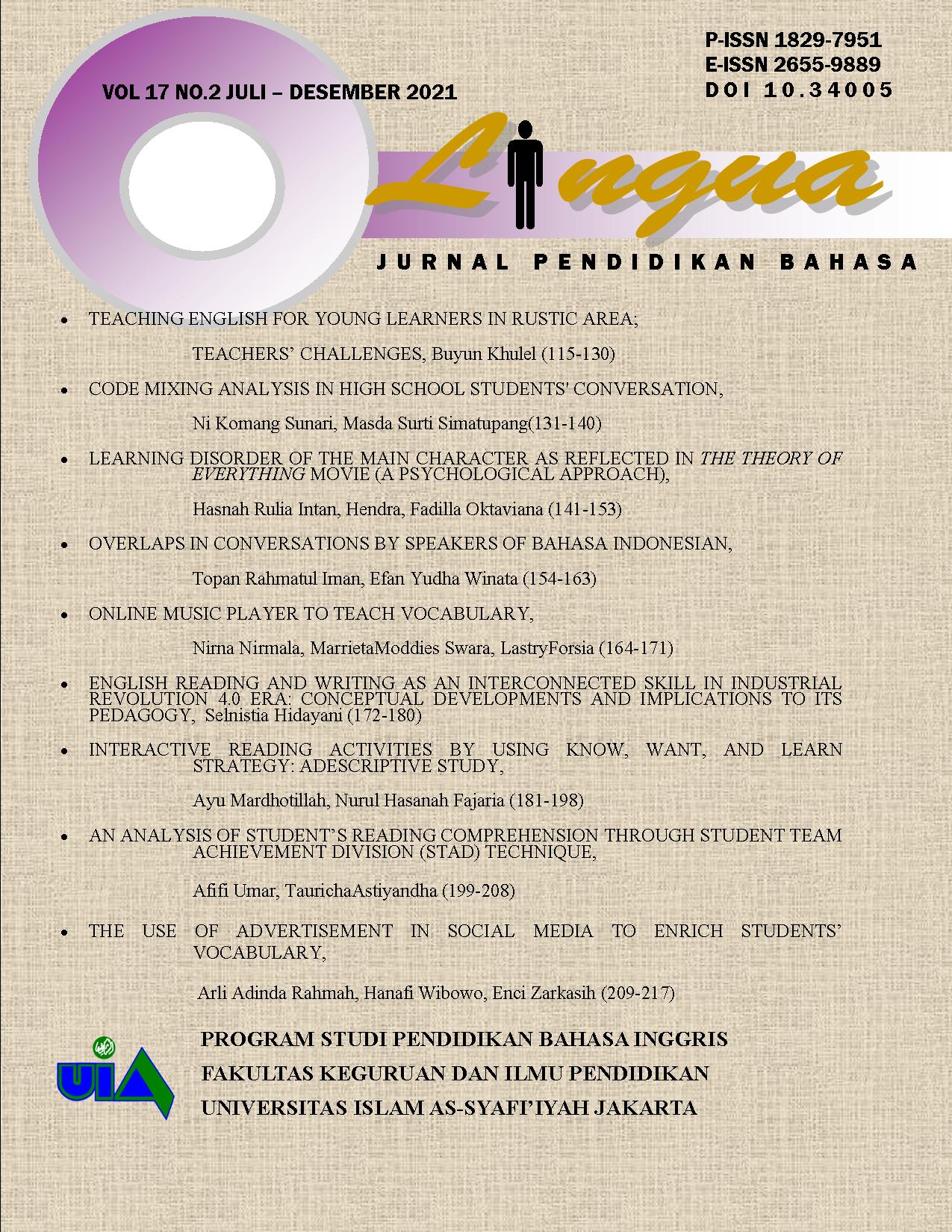