MINORITY AND MAJORITY CONCEPTION ACCORDING TO AL-QUR'AN AND AS-SUNNAH

Minority and majority have become very sensitive issues lately, in the life of the nation and the state, minority and majority issues are often misused to attack and corner a group, organization or religion. This study tries to highlight the minority and majority in Islam and place them according to the Al-Qur'an and As-Sunnah. Islam has provided guidance for the Muslim community both as a majority and as a minority. So it is hoped that in social life a Muslim can still practice his religion and at the same time still be able to do justice to others. The results of this study indicate that when Muslims become the majority, they must still be fair to other groups or religions. Likewise, when Muslims become a minority, they must still be treated fairly, so that they can carry out their religious obligations. 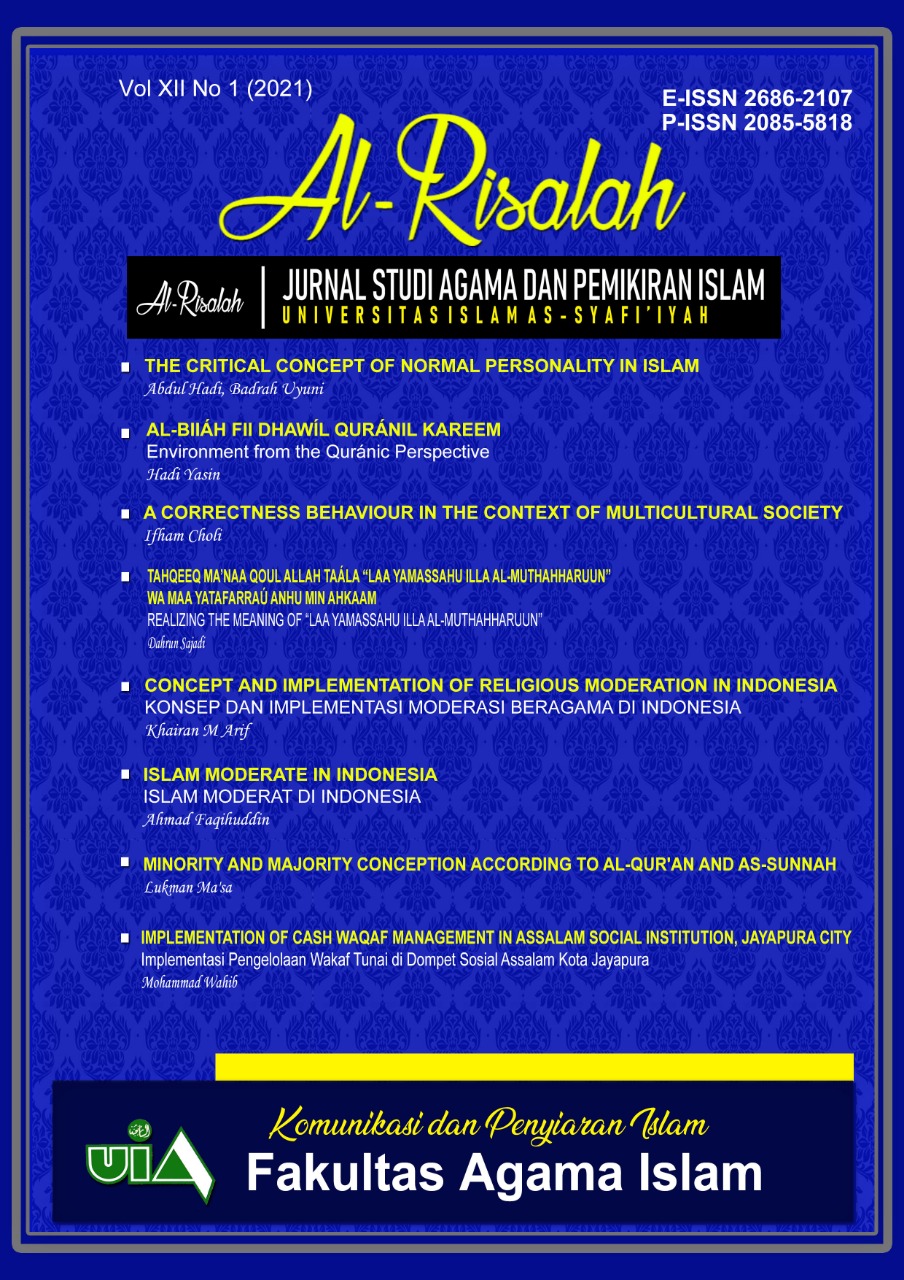