Science and creativity are essential matter in Islam, because the last message from the sky is not longer physical form, like Prophet Moses’ stick and the Prophet Isa’s effective medicines, but the message has formed in faith and sciences values that embodied in the Quran, and it will be maintained until the end of the world even the prophet Mohammad has gone. In the message of our last Prophet Mohammad (Peace be  upon him) put the sciences and creativity or ijtihad in Arabic term above of others, even both of them become the measure of someone devout to the Almighty. In Holey Qur’an verse of Fathir 28th Allah Said: “Verily the most afraid of Allah from His Servants are only scientists. According to Sir Najib Al Attas science divided into two parts: The first: The kind of science that is needed for the spiritual alive of Human Being, and studied it in Islamic law  as personal compulsory ( Fardu Ain). The second: The kind of science that be asset of human life to embodied the thing  that he wish to realize from his work. And studied it in Islamic law as personal complementary (Fardu Kifayah). In the view of Abraham Maslow: Creativity is the hidden common treasure, and every Human has potentials for get it. And It has become nature if the trees produce leaf, bird flies in the sky, and Human has capacity to create. We had known, that one of the characteristic of God is creator (albadi’). He is the most creator, this universe and all the contains are the results . So His glorious and  greatness  can be showed from His big creation. As same as creator, Human make creation or do ijtihad to produce beneficial things for goodness of human life , that make him the best servant of God. As Moslem who doesn’t have enough knowledge and creativities like body without soul, in the others main his existence in this world like nothings. 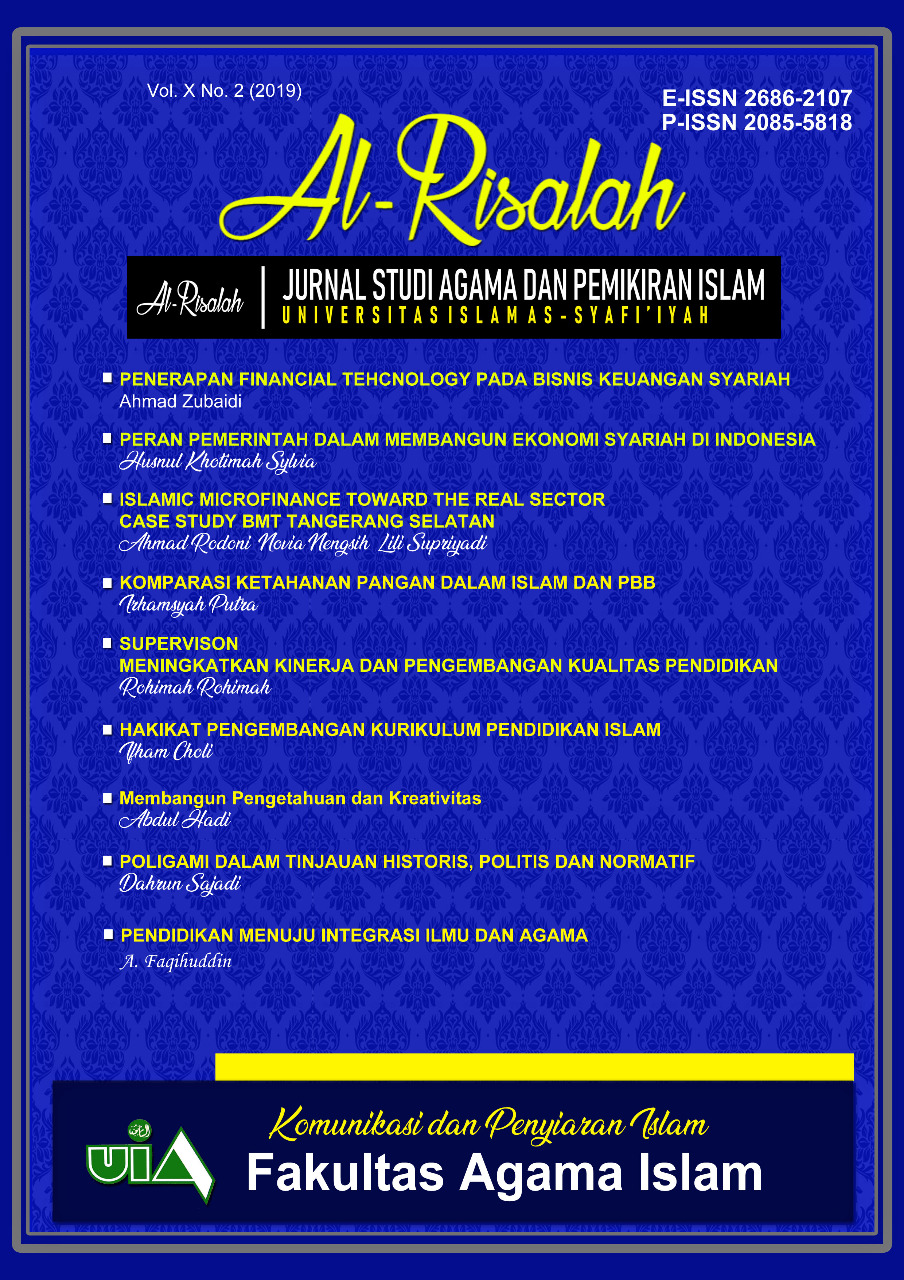