As a state of law, Indonesia is obliged to provide human rights protection against the victims of heavy human rights violations. The idea of the formation of the KKR begins with the willingness of historical disclosure of truth on past interpretations that have never been dismantled as a preliminary answer to giving a sense of justice for the victims. What is expected in the reconciliation process is the recognition of past history that allows the victim to open an apology door for perpetrators of heavy human rights abuses. The Truth and Reconciliation Commission is a phenomenon of transition arising from the context of countries facing the transition from the authoritarian regime to the democratic regime. One of the very quaint and dilematical problems facing the new government in this situation is to answer the community's demands on human rights crimes (gross violation of human rights) occurring under the previous regime. The transitional Government sought to answer this problem by attempting to reconcile punitive tendencies on one side with a tendency to apologize or amnesty on the other side. So it can be said, the ability of transitional governments is limited to the effort to provide transitional justice that is not entirely satisfactory. The Truth and Reconciliation Commission (KKR) should be regarded as a real progress in the gross violations of human rights in the past who were able to provide substantial justice to its rights to the realization of human rights protection in Indonesia. 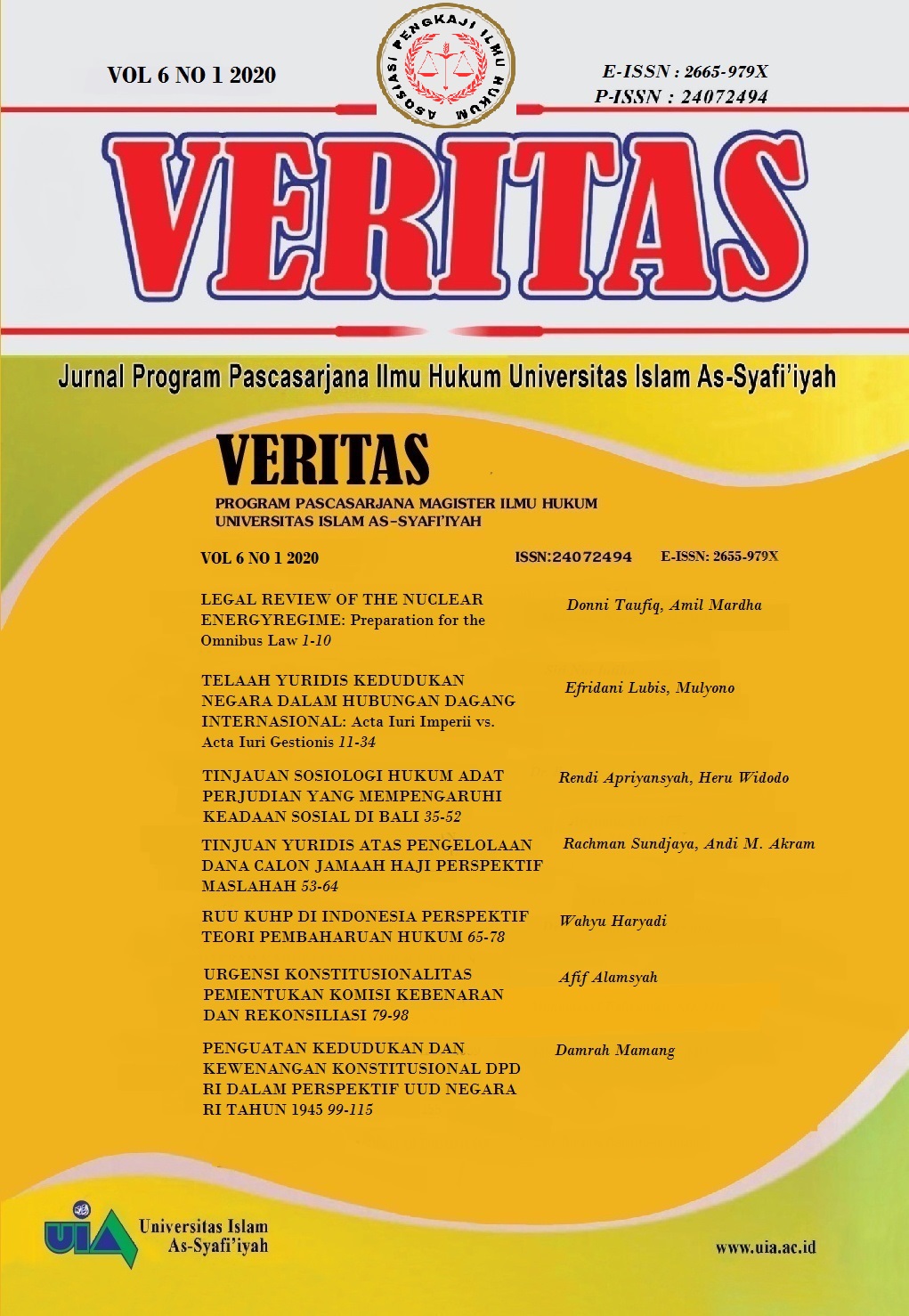