The secularization project in the Islamic world has been going on for quite a long time, starting in the early 19th century, this ideology was under the rule of the western countries that colonized Muslim countries. likewise in Indonesia, this secularism under the Dutch colonialists. The Netherlands collaborates with Orientalist and Christian missionaries trying to secularize Indonesian Muslim communities. of course this secularization project has been opposed by Islamic figures. This paper tries to examine and describe secularism as an ideology and secularization process in Indonesia from the perspective of da'wah. the results of this paper prove that secularism is contrary to Islam, even wants to eliminate the role of Islamic religion in life. but ironically many Muslims who follow and have a secular understanding, they reject and blaspheme the Shari'ah, doubting the authenticity of the Qur'an, even do not believe in Islam as a true religion. of course this is a very serious da'wah problems, which requires serious attention and care from preachers (da’i) , ulama, and also da'wah institutions. 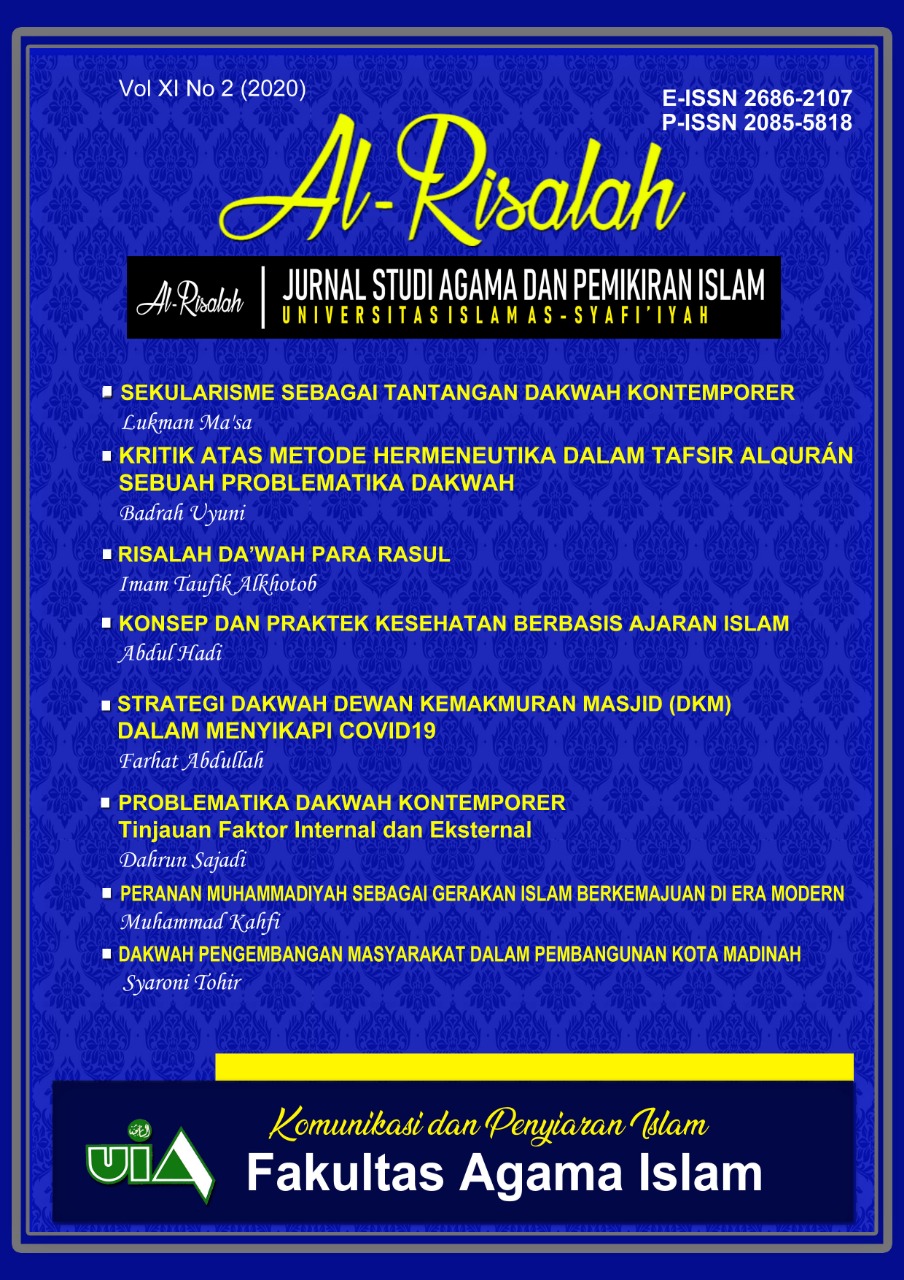