THE IMPACT OF LEADERSHIP AND CULTURE OF ORGANIZATION TO EMOTIONAL INTELLIGENCE BY TRAINING OF PT. XYZ 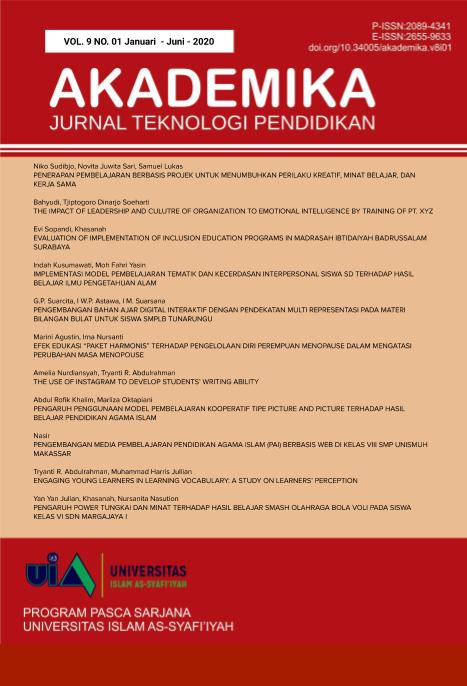 All publication by Akademika : Jurnal Teknologi are licensed under a Creative Commons Attribution 4.0 International License.

This work is licensed under a Creative Commons Attribution 4.0 International License.